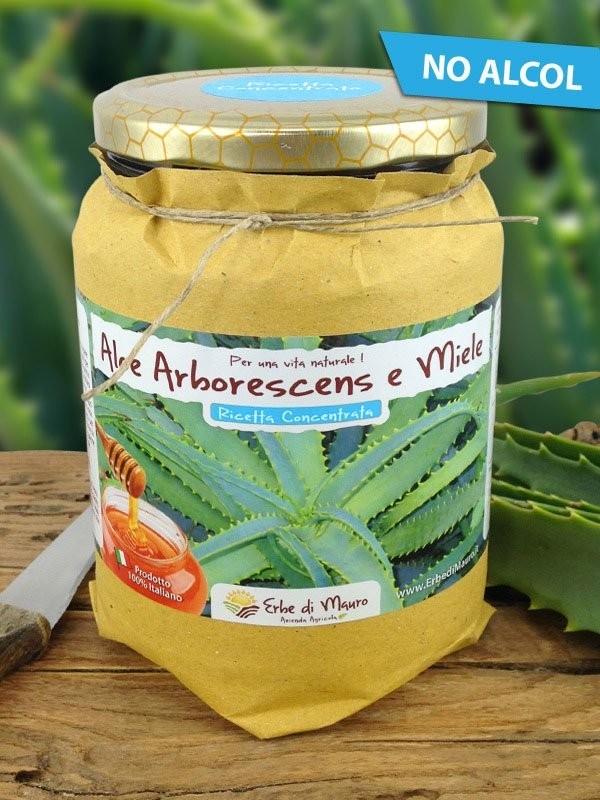 Aloe Arborescens and honey, Concentrated version of the Friar, No alcohol

Aloe Arborescens and honey, inspired by the famous recipe of the brazilian friar Father Romano Zago. Concentrated version (with more Aloe and less honey) and without alcohol.

This product is inspired by the famous recipe of the friar, but is a Concentrated version with more Aloe Arborescens and less honey. It's composed of: