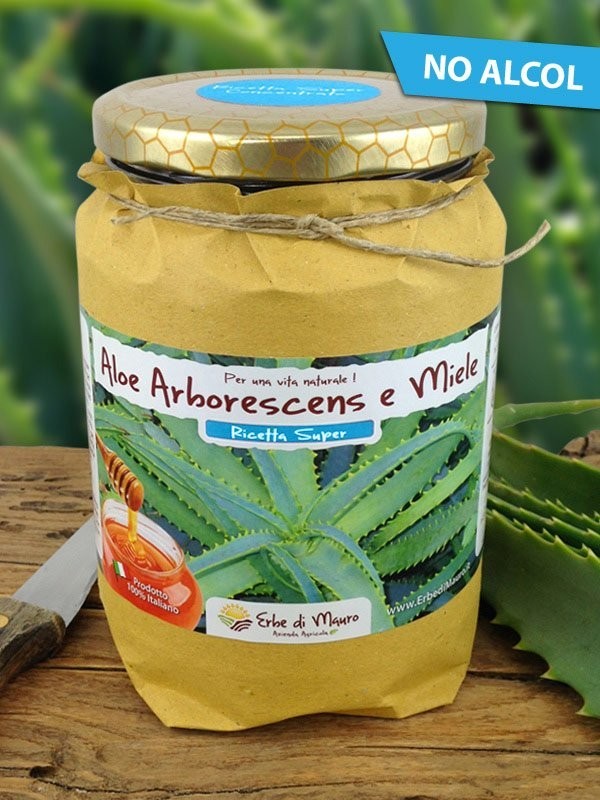 Aloe Arborescens and honey, version Super of the Friar, no alcohol

Aloe Arborescens and honey, inspired by the famous recipe of the brazilian friar. Super-concentrated version with much more Aloe, less honey, and without alcohol.

This product is inspired by the famous recipe of the friar, but is a Super Concentrated version with more Aloe Arborescens and less honey, but without alcohol. It's composed of: