The best natural supplements for sports and tiredness.

When we talk about sports supplements, or to compensate for vitamin deficiencies, we immediately think of energy bars, branched amino acids, mineral and vitamin supplements, powdered proteins, energy drinks, etc.

Have you ever thought that natural alternatives exist to all this?

Here I would like to talk to you about this today. Of valid natural alternatives, both for those who practice sport every day (or almost), and for people who may not practice sports, but who often feel tired and weak .

I state that there are many plants and natural products that could help you in this regard. Among these I chose it that I know best and that I consider best .

I hope the article is to your liking. 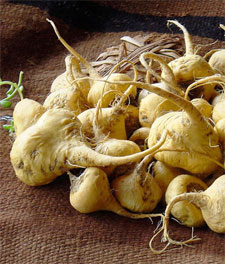 Maca (scientific name Lepidium meyenii Walp), also known as Peruvian ginseng , is a plant that grows in the wilds of the Peruvian Andes , at altitudes of over 3,500 m.

In these inhospitable lands, characterized by strong temperature variations, Maca was able to develop a self-defense mechanism that allowed it to adapt, grow and develop even in extreme climatic conditions.

To survive in an environment of this type, Maca uses all the resources and nutrients present in the soil, which absorbs and stores wisely in its roots. The end result is a root, in appearance very similar to our turnips, but with a concentration of nutrients totally out of the ordinary.

Property of the Maca

The maca root taken in the form of powder, is a good source of carbohydrates (60%) and proteins (10%), is low in fat (2%) and contains a good amount of fiber. It is also rich in certain vitamins and essential mineral salts, such as vitamin C, B vitamins, calcium, magnesium, copper, iron, zinc and selenium. It also contains various plant compounds, including glucosinolates and polyphenols

This mix of nutrients and active ingredients gives it properties:

How do we assume?

Maca powder can be added to smoothies, centrifuges and yogurt. Alternatively it can be simply mixed with water.

Spirulina is a blue-green microalgae of the Cyanophiaceae family and mainly lives in the fresh and alkaline waters of the sub-tropical areas. The scientific name of this alga is Arthrospira platensis and has been renamed as "spirulina" because, seen under a microscope, it has a clear spiral shape.

The first to benefit from its properties fortify the Aztecs, who mixed it with cereals to make cakes. Today, thanks to numerous studies, we know that spirulina is one of the most nutritious foods on the planet .

In spirulina we find:

Spirulina for sport and against tiredness:

How do we assume?

On the market, spirulina is found as dry powder, but due to its typical and unpleasant taste of seaweed, most people prefer to take it as tablets.

The recommended doses range from 1 to 8 g per day , splitting the intake into 2-3 steps during the day. The maximum dose of 8 g is recommended for those who practice sport and physical activity. 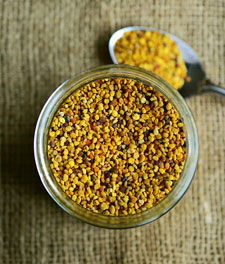 Pollen is a powder found on flowers and is the means of fertilization, through the intervention of insects and in particular bees.

It also represents the nourishment of the brood in the hive, carried by the bee-picking bees, which, before passing from one flower to another, store it, humidify it and transport it inside the apiary.

Here, once the right maturation is reached, it is consumed by the bees and larvae. It is, in fact, a very rich food of nutrients, which is why beekeepers have invented a "trap" for bee pollen, which allows to intercept a part of it: so the precious insects do not lack nourishment and man the opportunity to enjoy its properties is given.

In fact, it possesses an almost unequaled nutritional heritage :

Because of the incredible richness of nutrients, pollen is used by many athletes and sportsmen as a natural supplement of proteins, vitamins and minerals.

It is also a very valuable aid for the elderly, for children in growth, for those suffering from anemia and for all those people who feel tired because of stress, work, or simply for the change of season.

How to take pollen

From 1 to 4 teaspoons a day , to be taken preferably on an empty stomach. It can be dissolved in lukewarm (not boiling) water, or it can be taken with honey.

Yes I know, tiger balm is a cream, it is not a supplement.

However, it seemed right to talk about it, because, thanks to the combined action of the camphor and the herbs that compose it, the tiger balm is able to warm up the muscles reducing the risk of running into tears and strains during training .

The tiger balm should be applied before and after training. Spread the cream on the muscles you intend to train and rub until completely absorbed.

NB : All information published on this site is informative and should not be considered as advice, or medical prescriptions, or other. 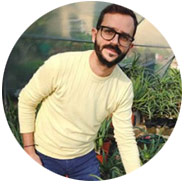