Who is Father Romano Zago?

Father Romano Zago was born in Brazil on 11 August 1932. He became a Franciscan friar after studying philosophy and linguistic. He then started studying about the properties of Aloe thanks to some travels he made in Israel and later in Brazil.

In 1980, he was active in a community of Rio Grande (Brazil), living in the slums, where dying of hardship was very frequent, yet dying of cancer was a very rare event.

At that time, Father Zago was able to witness various healings that were related to the administration of a mixture composed of Aloe Arborescens, honey and distillate. This recipe would be particularly effective because the vasodilating action of alcohol makes the active ingredients of Aloe totally usable by the human body and honey, as well as making the recipe sweeter on the palate, enhances its action and increases the storage period of the product. The recipe from the Brazilian folk tradition, has been further perfected by Father Zago and today it carries his name "Father Zago’s recipe".

Father Zago’s Aloe Recipe: why should you use it?

Father Zago’s aloe recipe (discover the properties of Aloe) is a mixture of juice, pulp and peel and is made in a total natural way without using preservatives. This recipe can be used by everyone, sick people, sports men, elderly, children, both for a preventive and a healing objective. It is also widely used in diets of various kinds, in fact thanks to its nutritive components, aloe juice proves to be an excellent food supplement. It helps to regularize the intestine, to rebalance and strengthen the whole immune system, helping the body to fight viruses, fungi, bacteria and inflammation of various kinds.

It is a natural energizing and restorative product to be consumed exclusively fresh!

On 2 September 2014, Father Zago was the main guest of an Italian TV program, organized by La Bassanese (Bassano del Grappa bookshop) in collaboration with JoiTV for the Incontri Senza Censura column. In my opinion, this is a very interesting interview, where Father Zago can share his experiences and his thoughts on Aloe Arborescens and his Aloe juice recipe.

Up to date, there are scientific and medical studies that confirm the innumerable properties of Aloe and its strong anti-tumor powers. The famous Aloe juice recipe of Father Zago has the feature to enhance and keep alive these properties.

Through this interview we can learn about his experience in various places of the world, the composition of the juice and the studies carried out on this plant, a plant with extraordinary healing powers and which created quite a stir in many countries.

In fact, for many years, numerous medical and scientific treatises confirm the antioxidant properties of Aloe. Father Romano Zago came across this recipe, handed down orally in the poor countries of Brazil. After witnessing its effectiveness, he decided to disseminate it internationally, also through his book, translated in most European languages, which for some time created quite a stir. After attending some conferences in Portugal, Spain, Switzerland and France, Father Romano Zago finally arrives also in Italy ... and without censorship.

The journalist and editor of Bassanonet, Alessandro Tich, introduces and moderates the interview. 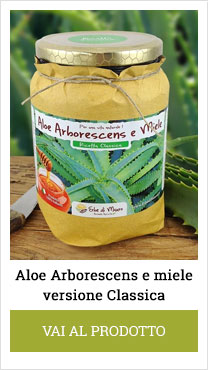 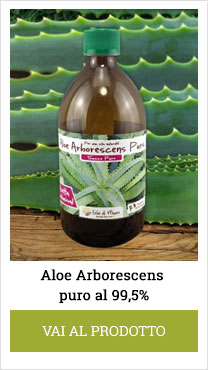