Home How to recognize Aloe Arborescens

How to recognize Aloe Arborescens 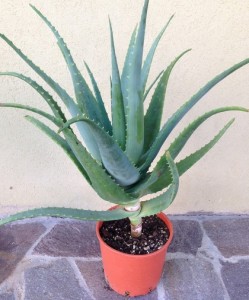 Aloe Arborescens is a perennial plant native to South Africa, in optimal conditions, it can reach even four meters in height and many meters in width.

There are over 400 varieties of aloe, seven of which are of the variety of Aloe Arborescens. Two types of the Aloe Arborescens variety, because of their more beneficial and purifying properties, are those used to make Father Zago’s recipe.

The plant generally adapts well to the various soils of our country, but being a succulent plant I recommend a draining soil, so in the cultivation in vase it is better not to use the saucer because it would risk a total rotting.

Where to buy Aloe plants and leaves

If you are interested in buying plants and leaves of Aloe Arborescens directly from me, you can order our products from here:

Regardless of whether you will buy the plant of Aloe Arborescens from me or not, I strongly advise against buying it in the common nurseries because it is a plant used for food and whose leaves remain attached to the plant for years, it is necessary that it is not treated chemically and is not in contact with the other plants and flowers in the nursery's greenhouse, which are certainly treated with pesticides, etc.

I strongly advise you to rely on me or other specialized companies: we certainly have a greater care and attention towards this plant.

I have been cultivating Aloe for years, and regularly consuming the juice using the recipe of Father Zago. I can guarantee that all my plants are grown in a natural way respecting the natural rhythms.

How to recognize Aloe

The different varieties of Aloe Arborescens

Not everyone knows that there are seven varieties of the Aloe Arborescens family, but only two of them are used for the preparation of Father Zago’s recipe, or for other herbal products:

In Italy this type of Arborescens that is similar to a bush, or in any case has a good number of ramifications, is the best known and widespread since it adapts very well to cultivation in pots and looks better than others. Indeed, the common nurseries over the years have preferred to sell this type of plant.

This Aloe Arborescens, a little less "attractive", is often mistaken for Aloe Vera because it usually develops into a single large cutting and has large and fleshy leaves. This type of Aloe is usually used by the producers of Father Zago’s juice, which can be found in pharmacies or in herbal medicine, this is because this plant grows very well on the ground and has a greater yield in quantity of leaves.

I often meet people who mistake one Aloe plant for another, then I will try my best to illustrate other types of Aloe, so that the readers can better recognize the plant and do not make confusion with the varieties we can find as: Aloe Arborescens Variegata, Aloe Macrolada - very similar to Aloe Arborescens Miller and Aloe Vera, also has large leaves but has thorns on the sides of the leaf very dense, Arborescens Partic etc. 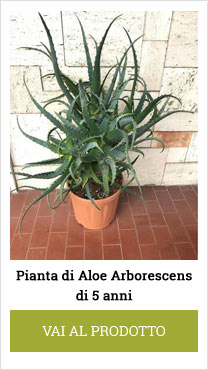 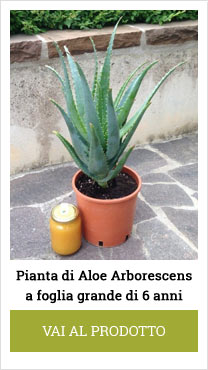 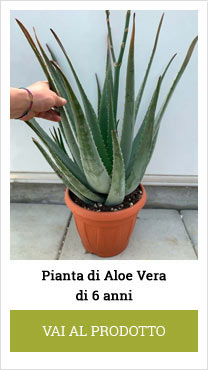 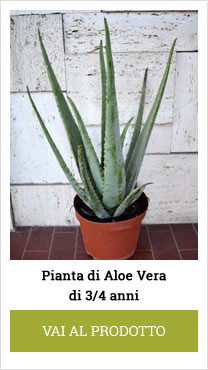